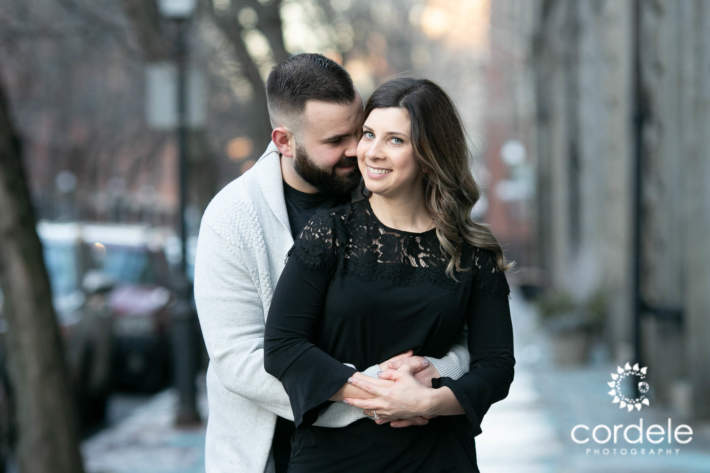 Boston’s Waterfront is such a great spot for winter engagement sessions.  While you don’t have a ton of color from the flowers and trees, the water is always a welcome scene in any photo.

I was lucky enough to be contacted by Brian for a surprise portrait engagement session in Boston.  His first thought was to have it done at the Boston Public Gardens, but that’s really not a great spot in the winter. The Public Garden is great in the spring with the tulips and swan boats, but not in January.  Brian completely surprised his fiance with the engagement and portrait session.  She was proposed to the night before and then the next day we meet up in front of Joe’s American Bar and Grill by Christopher Columbus Park for their true engagement session.  What a great guy for surprising her!  To our surprise, the park was hosting an event to celebrate a month of LOVE in Boston

In the middle of January we headed on the Boston Waterfront and we were blessed with a 65 degree day in JANUARY!  The couple couldn’t have had a nicer day!    We walked along the water and talked about their love of Boston and the Bruins.  While I am a huge Patriots fan, knowing they are Boston Bruins fans made the shoot that much fun.   Below are a few of my favorite photos from the engagement session.

Walking around with them, even in the dead of winter was so much fun!! We were able to talk about some of the best place in Boston to eat in the North End, as well as some tidbits of where movies were filmed. 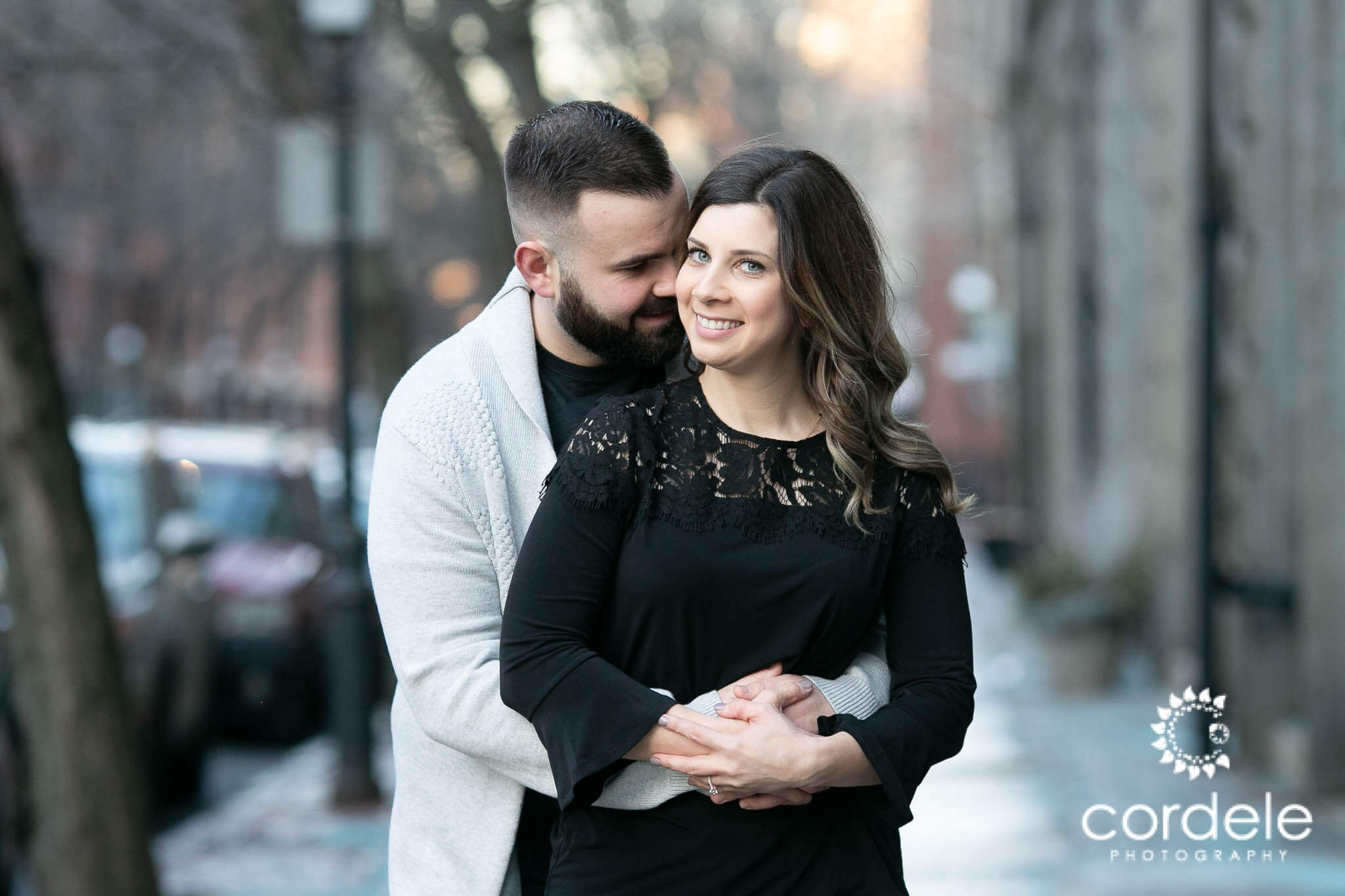 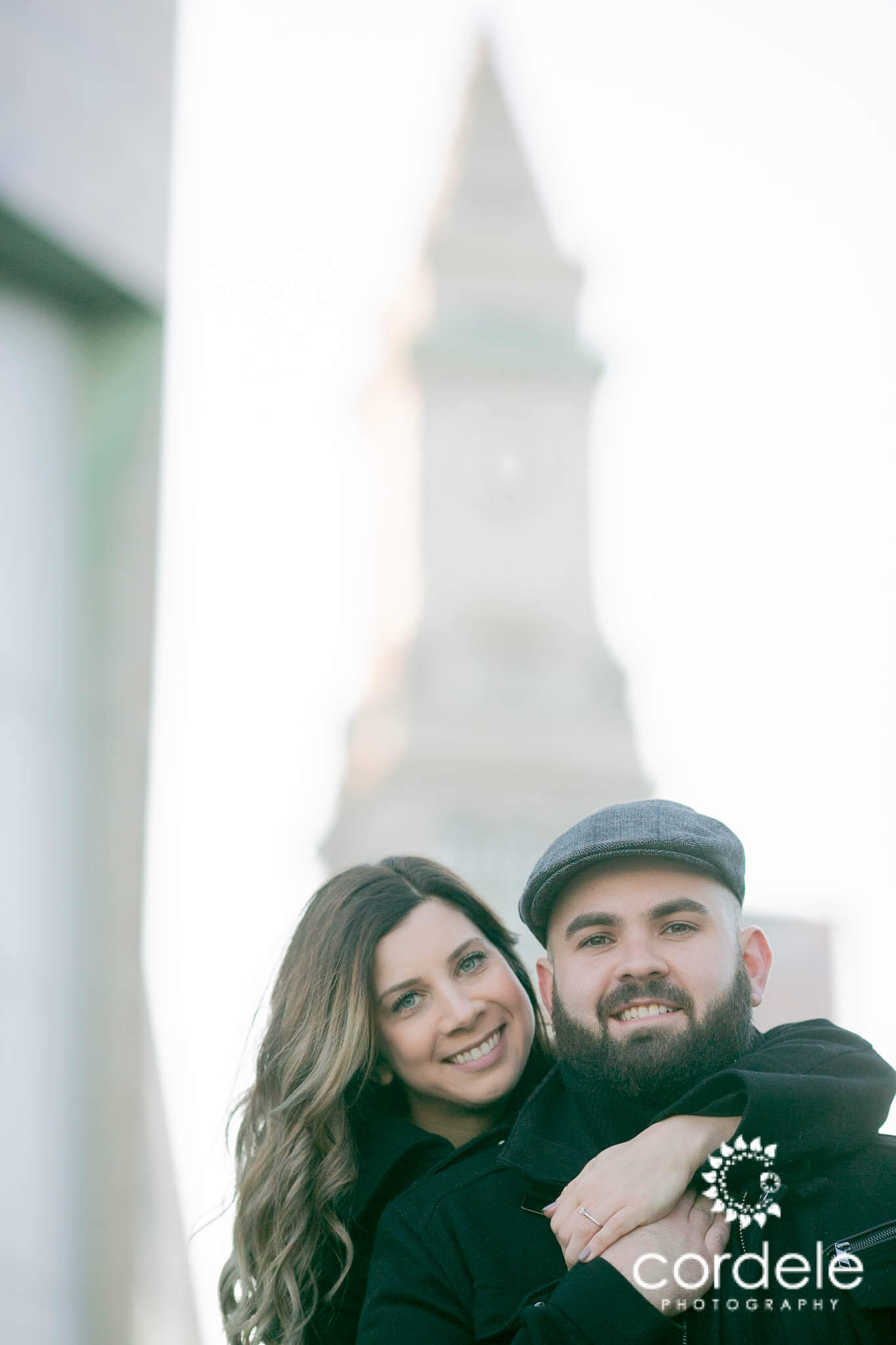 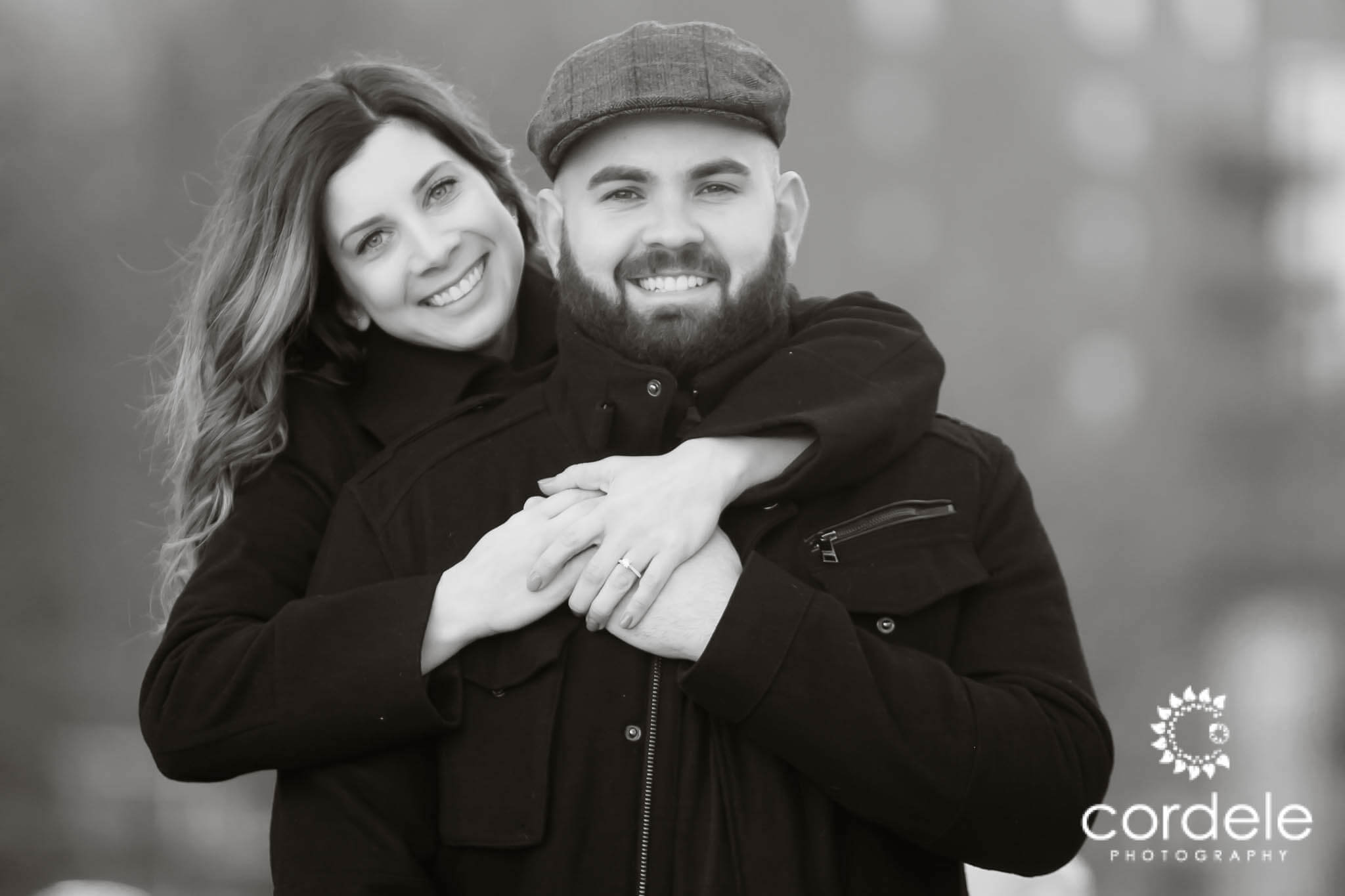 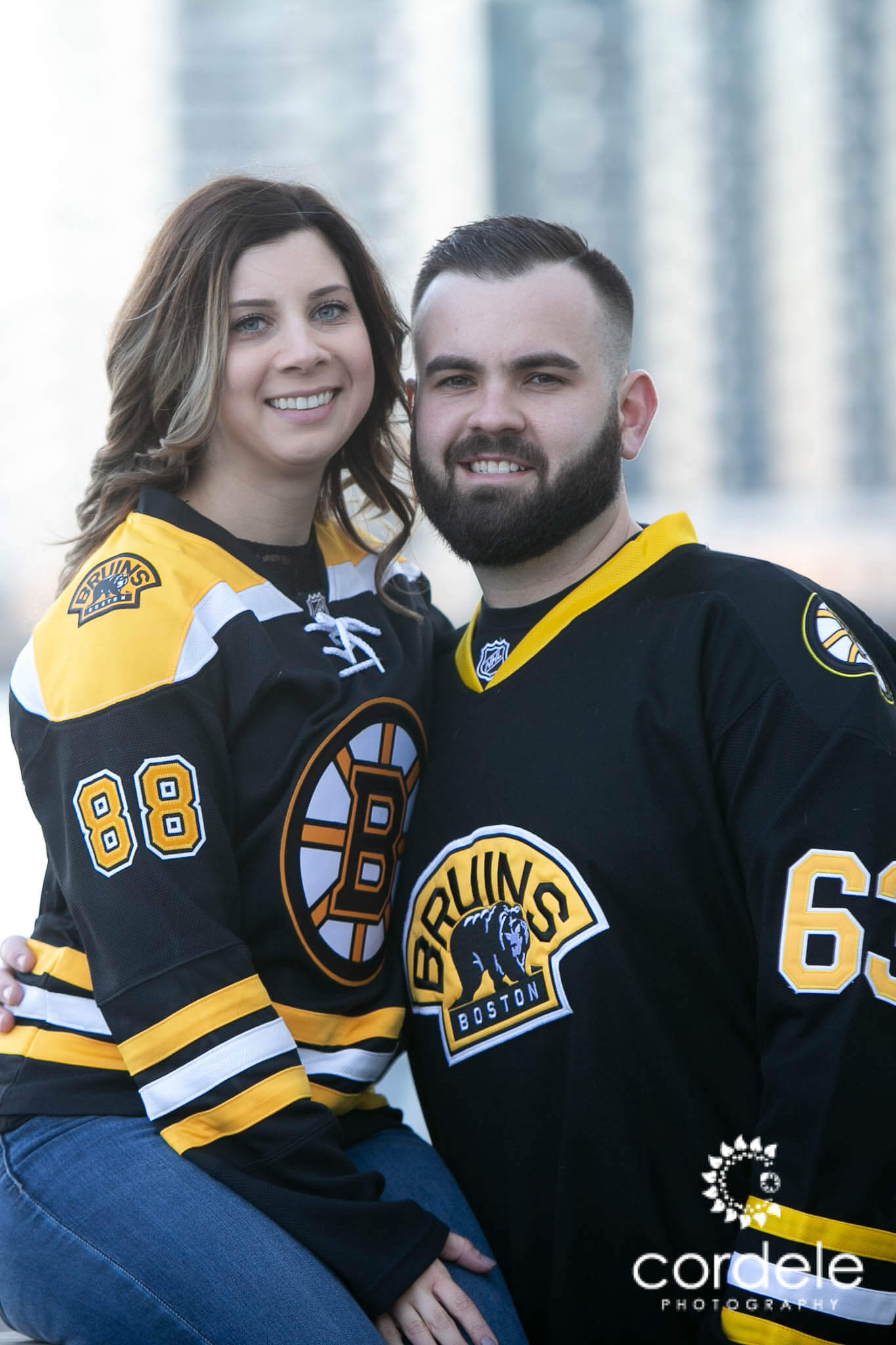 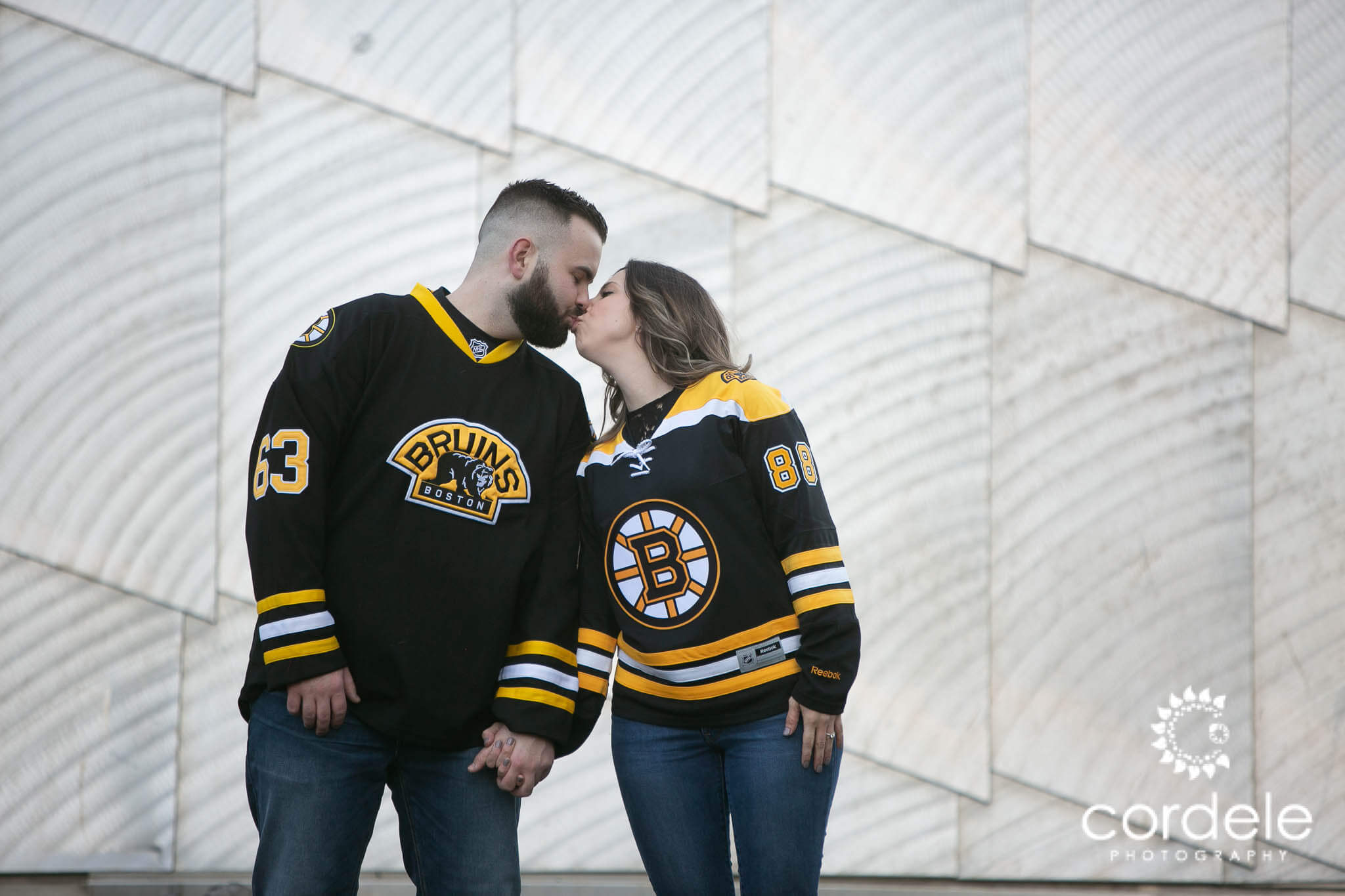 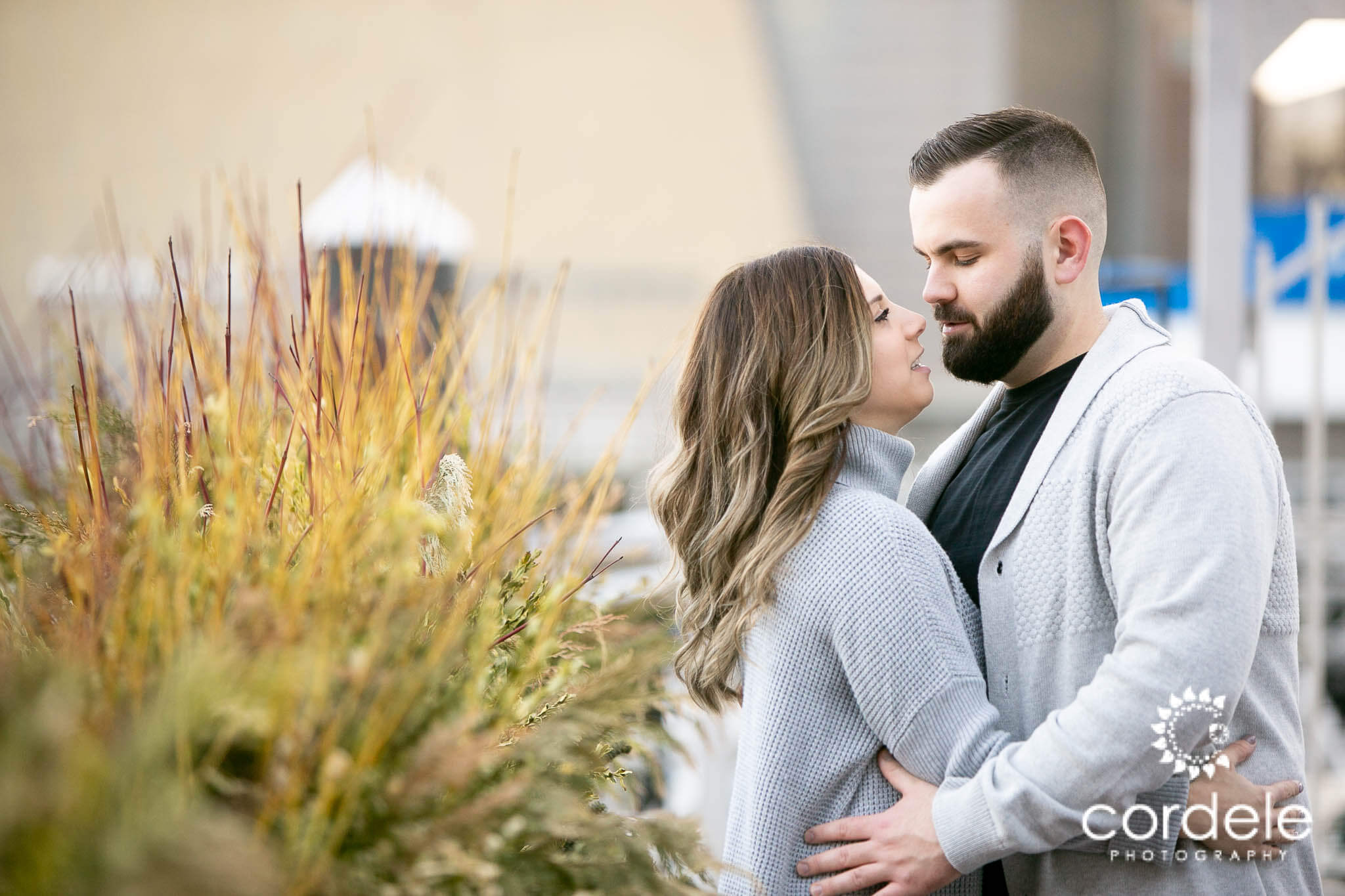 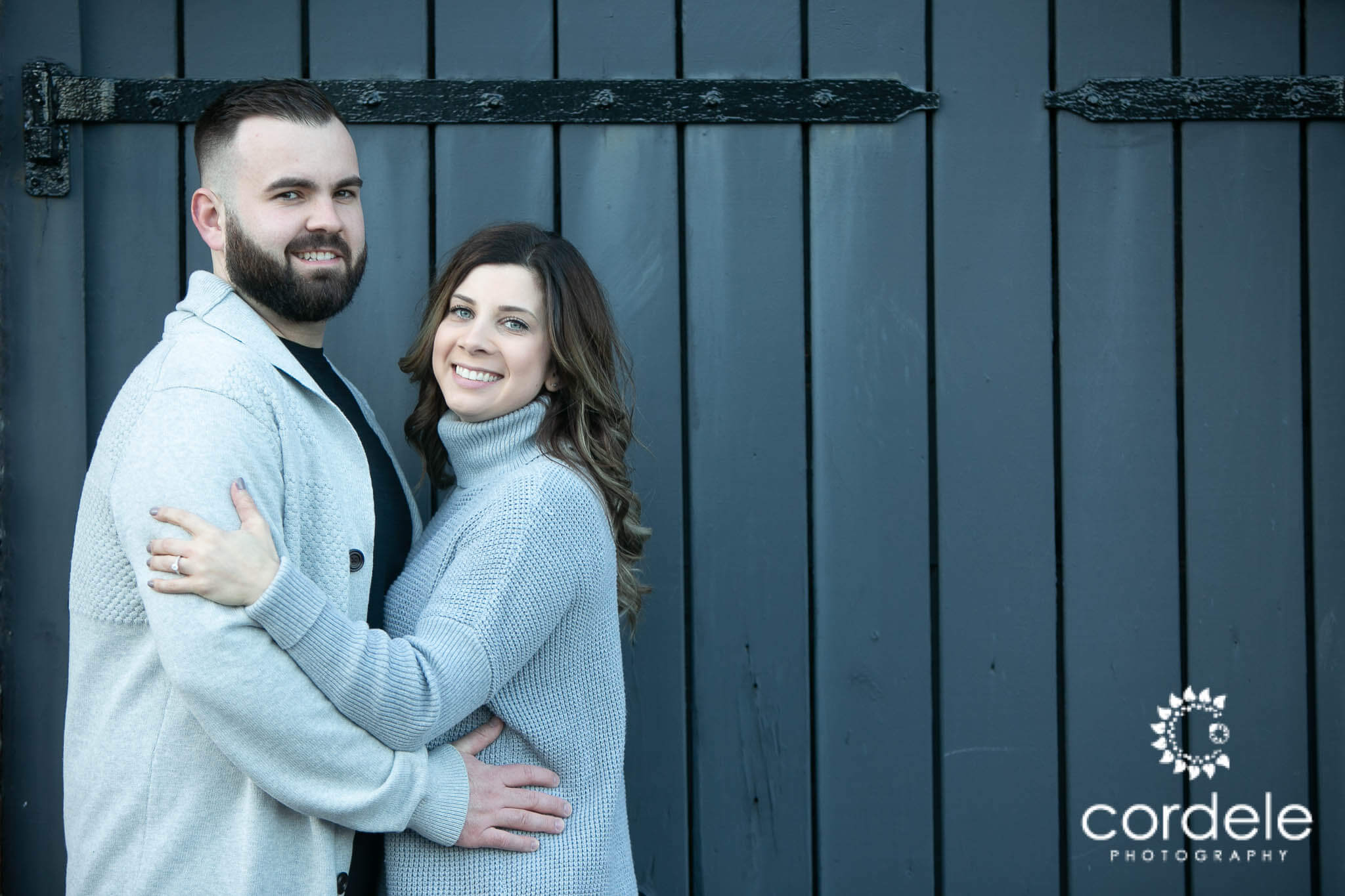 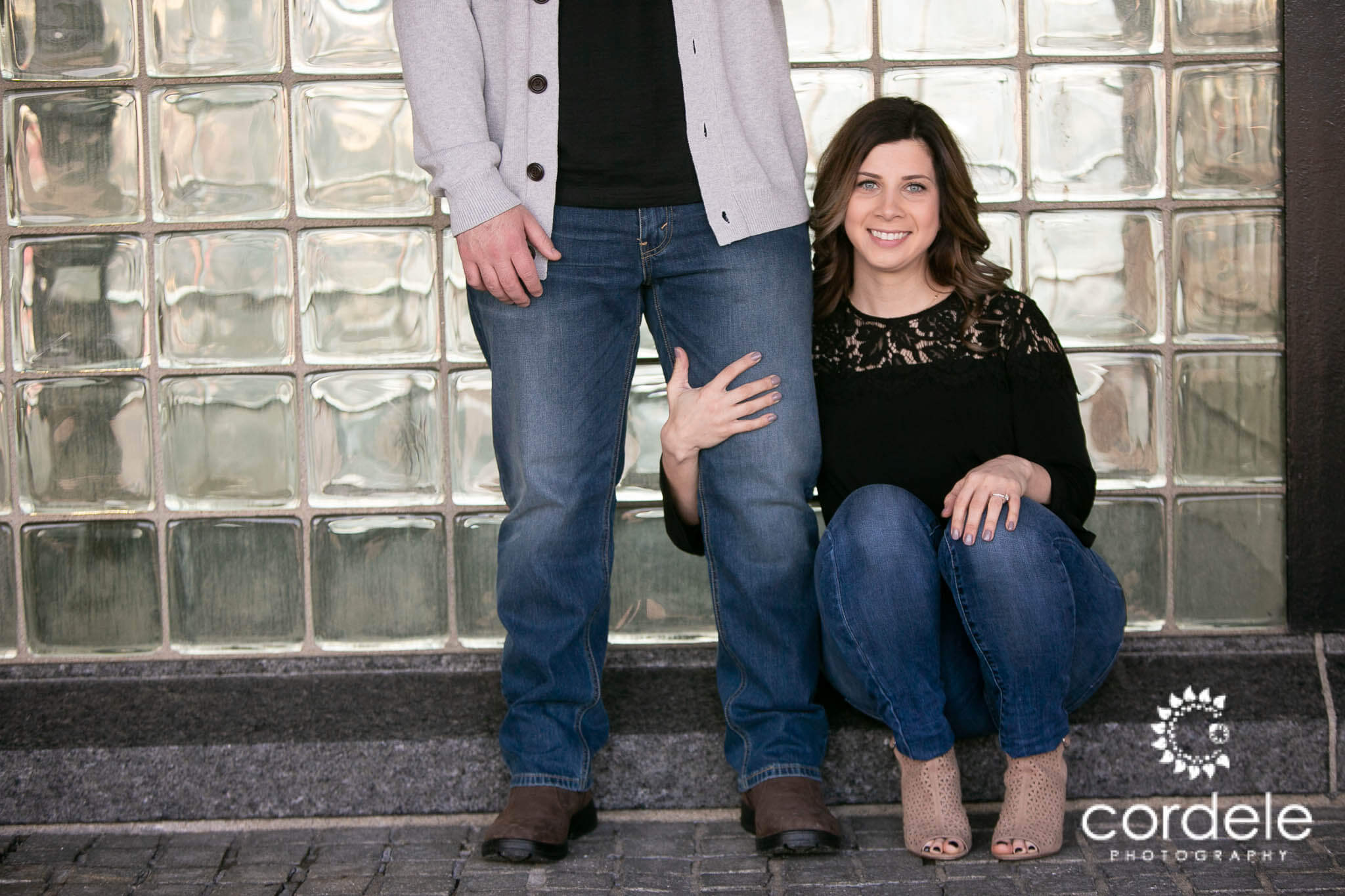 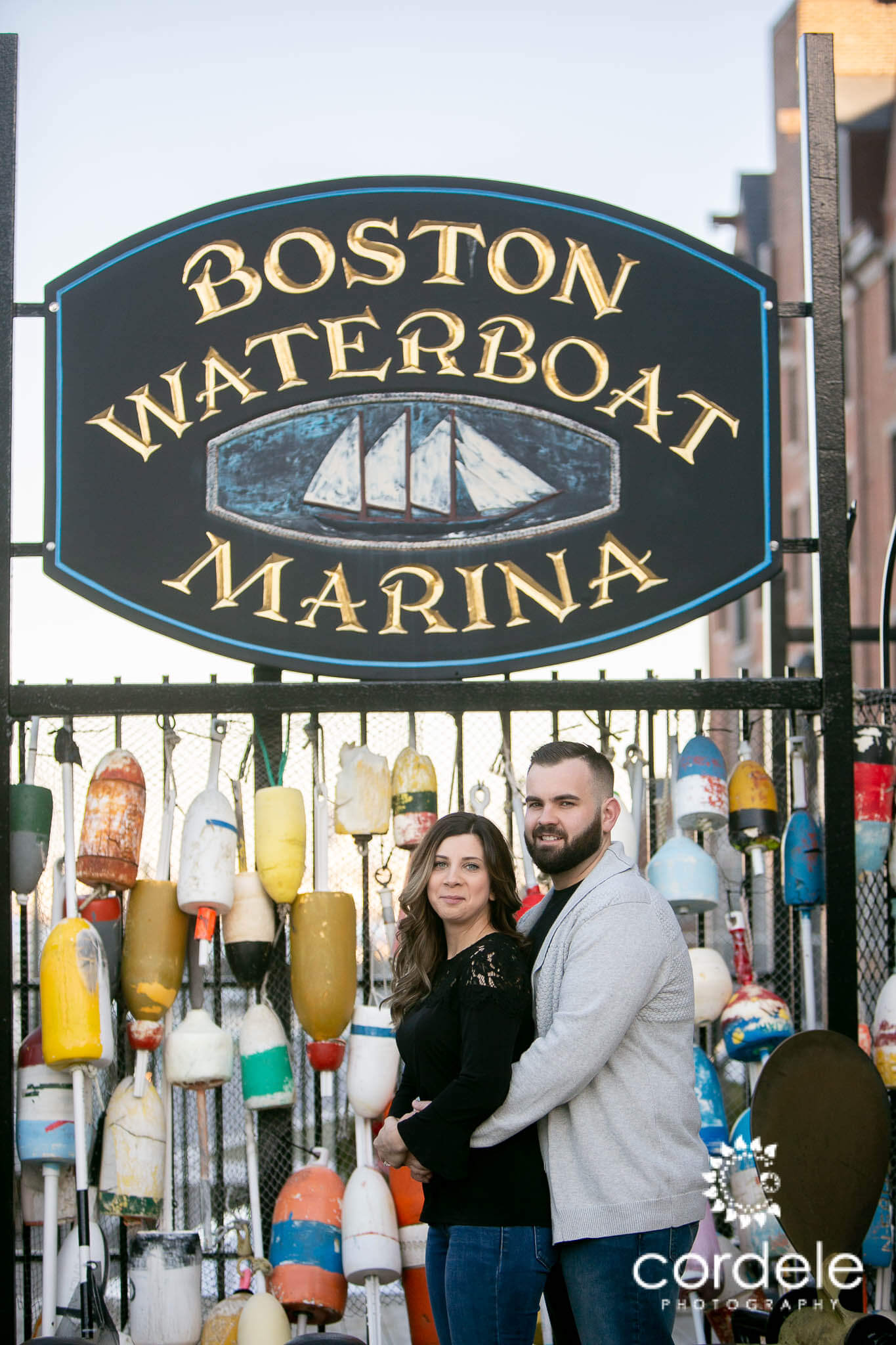 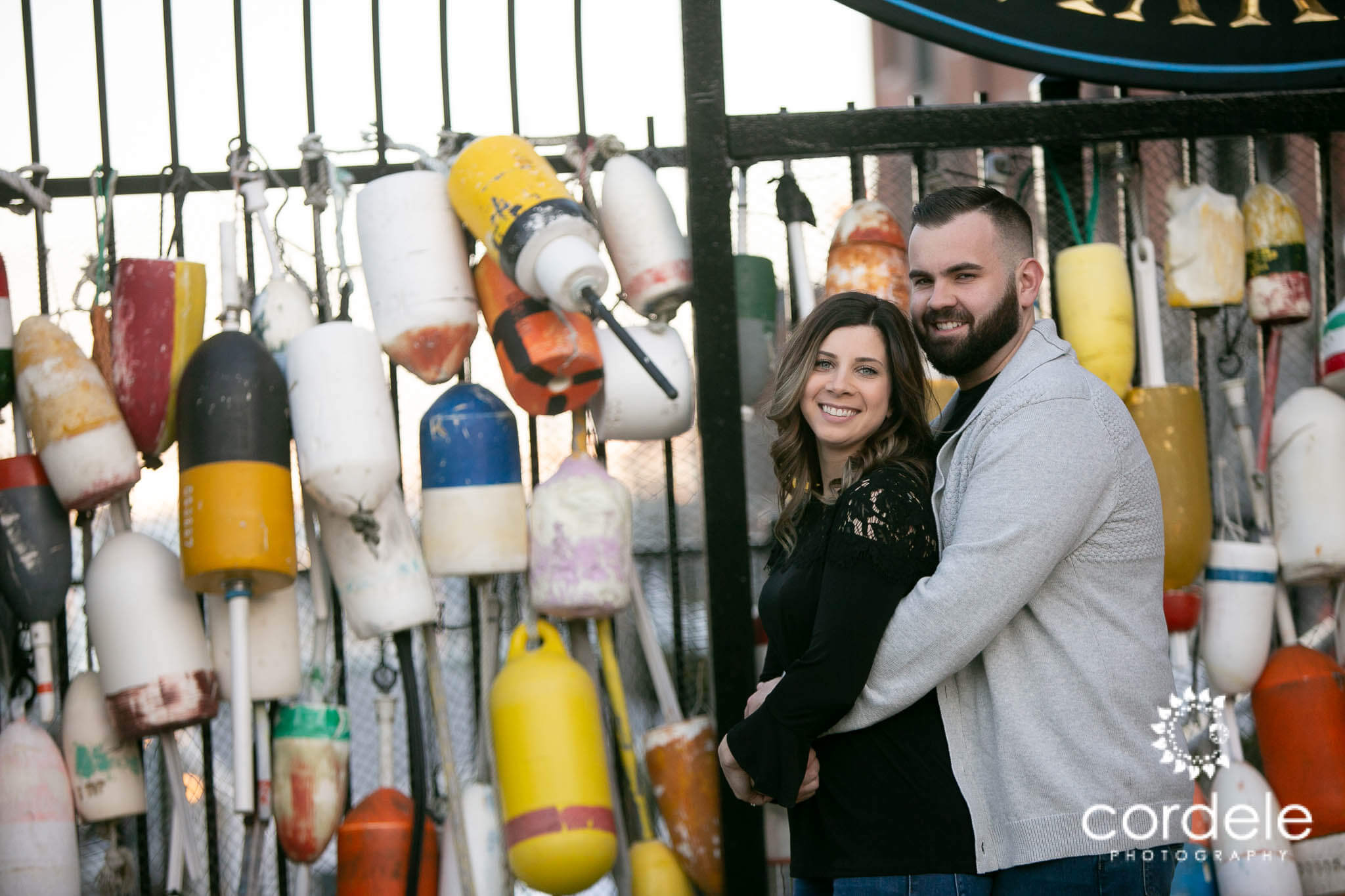 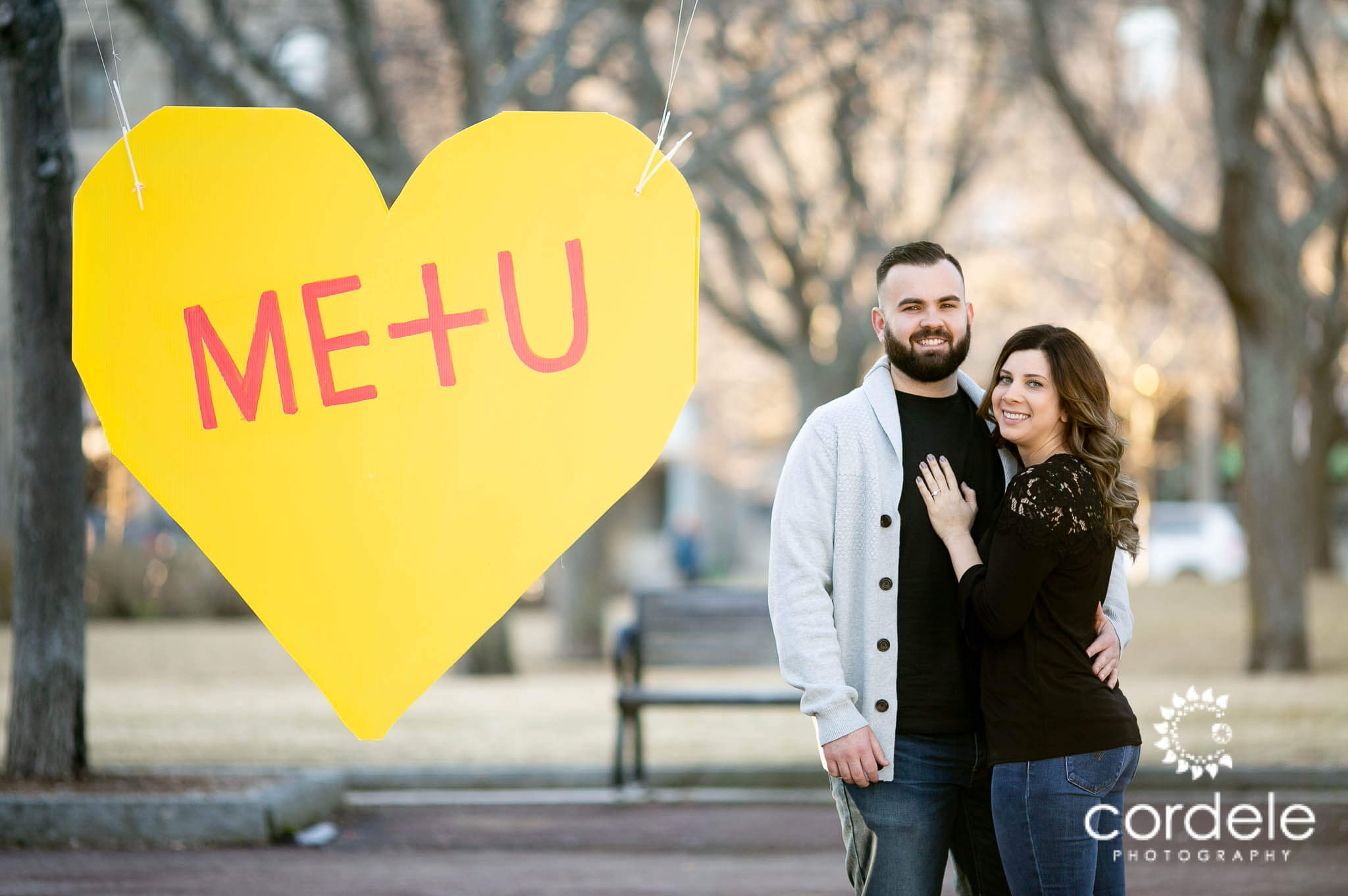 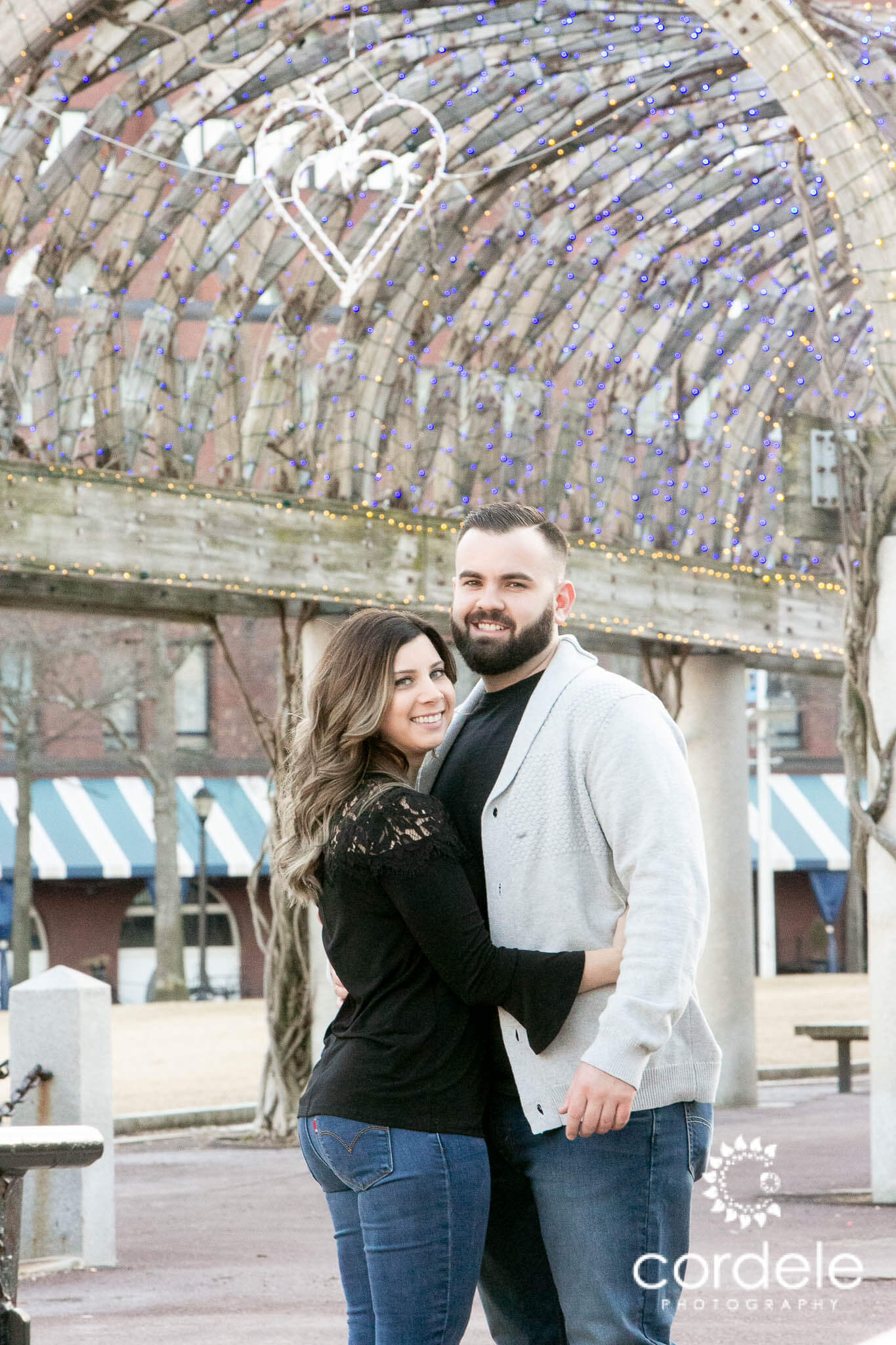 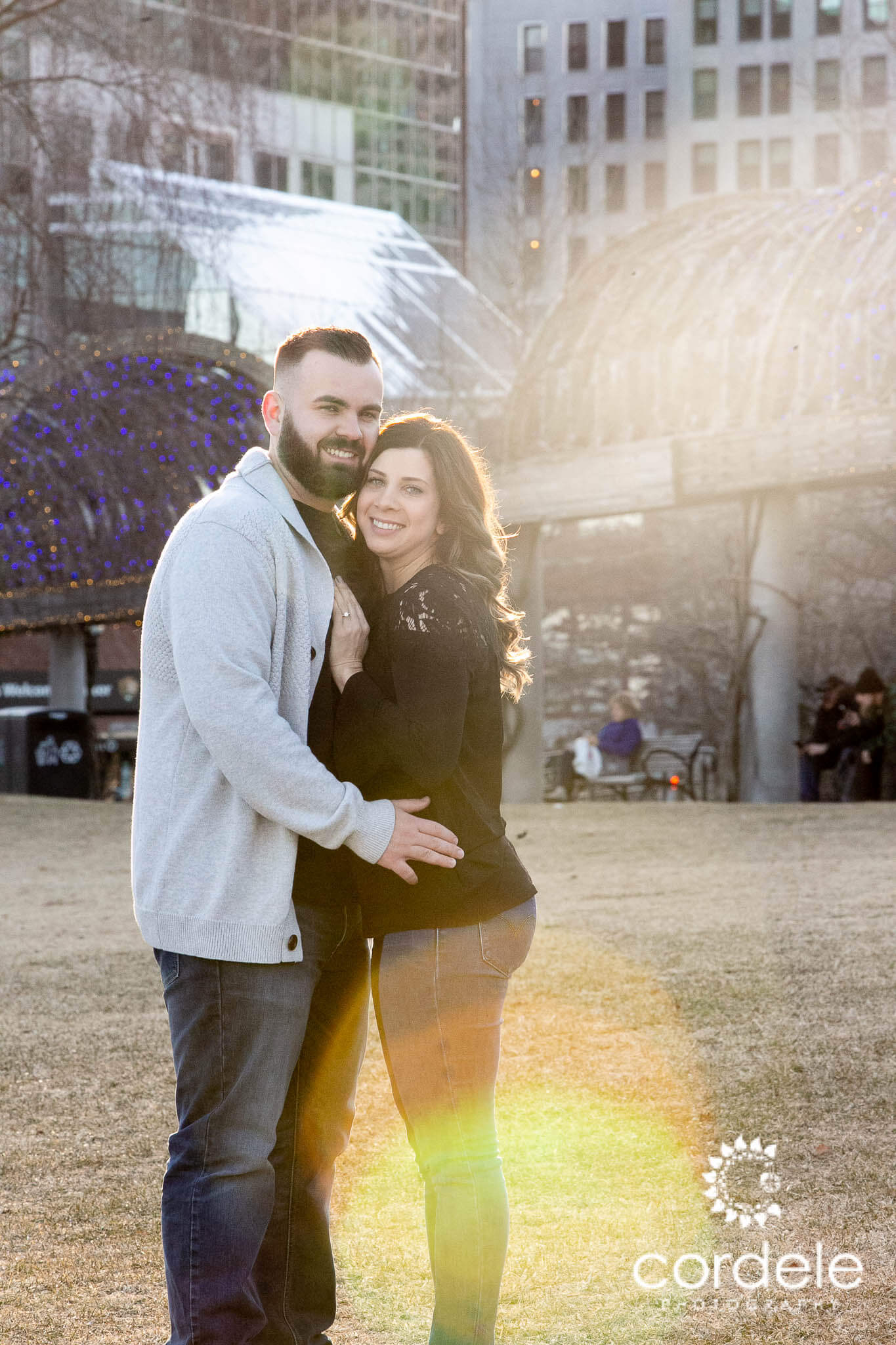 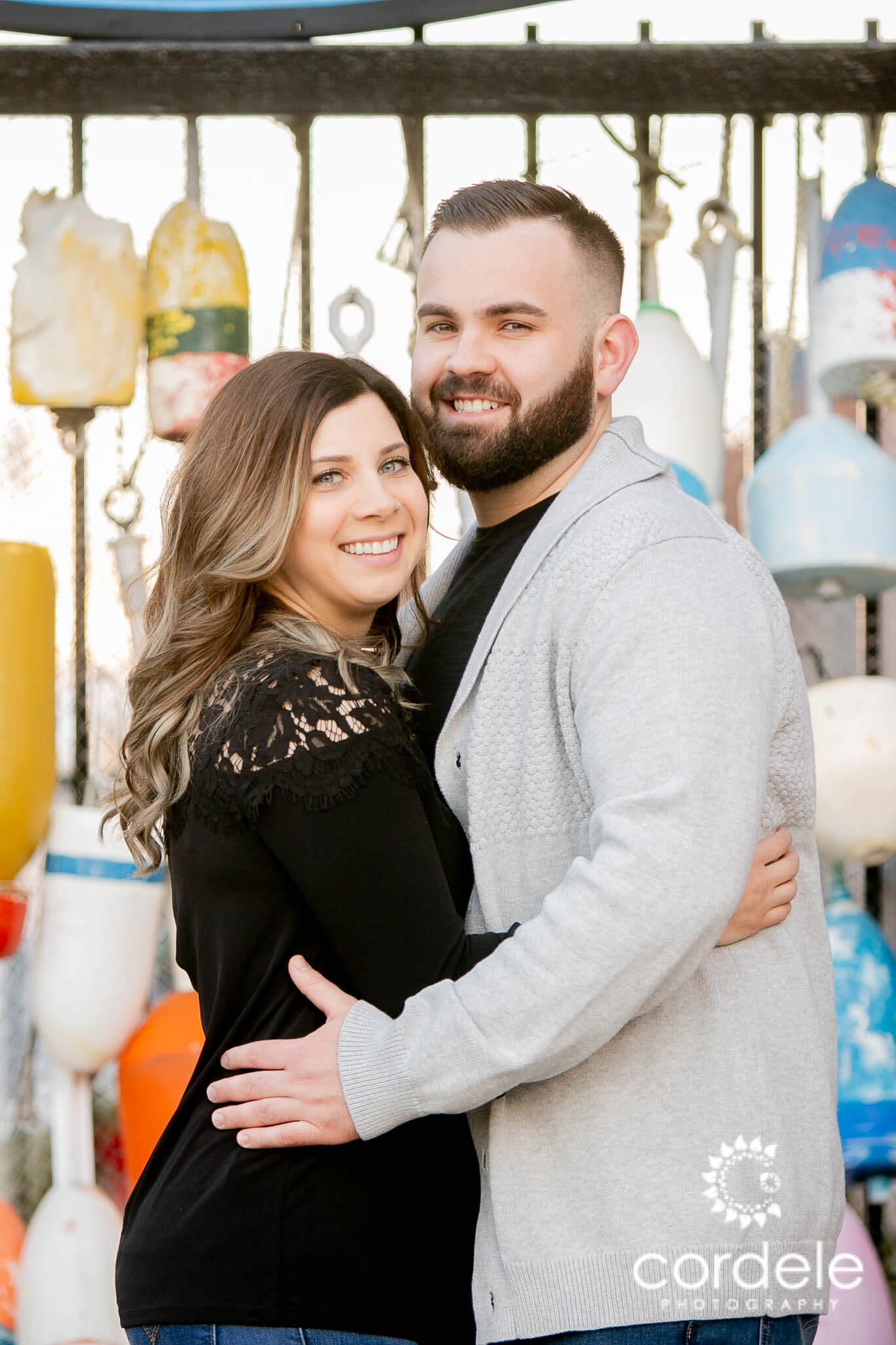 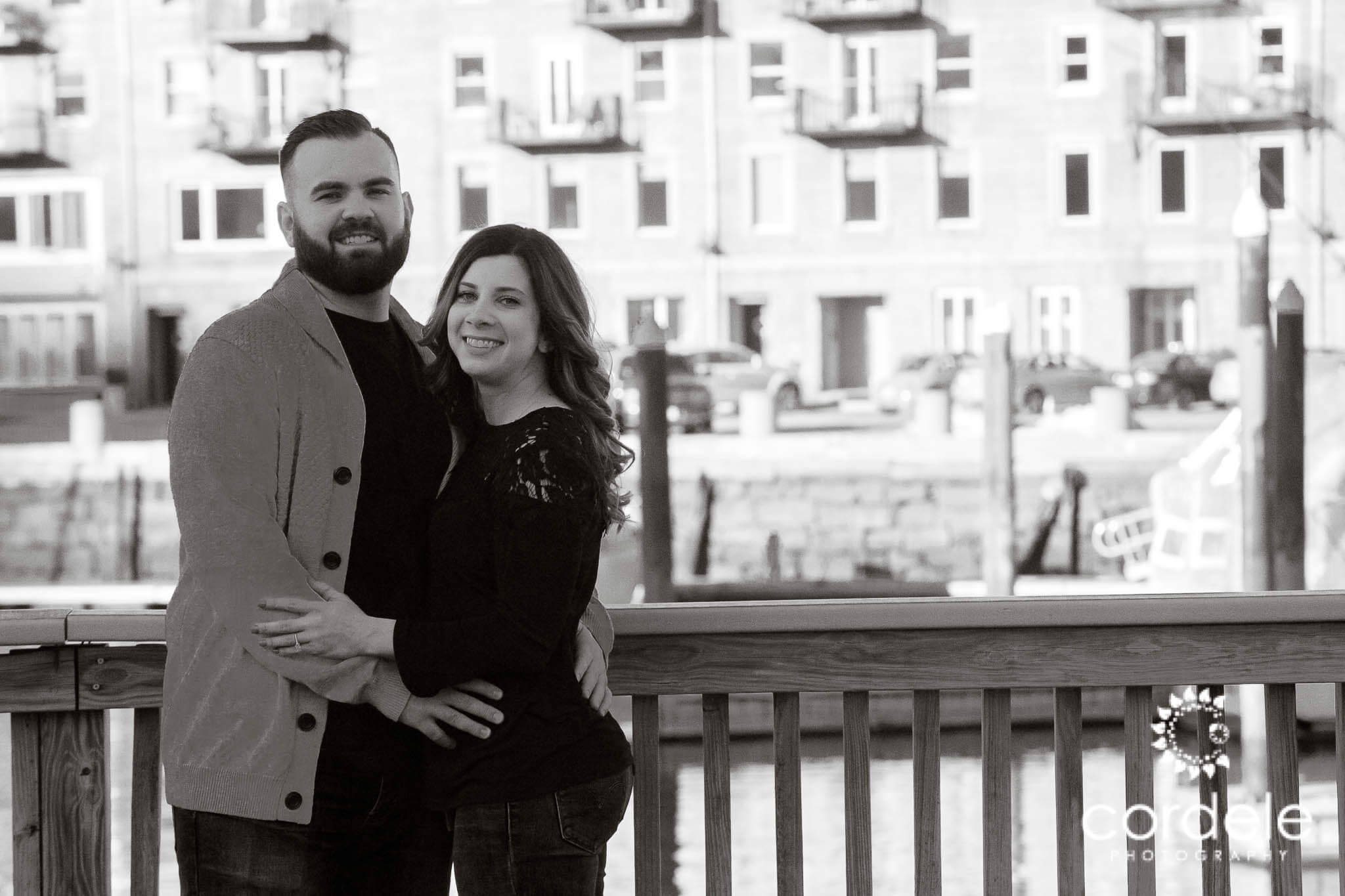 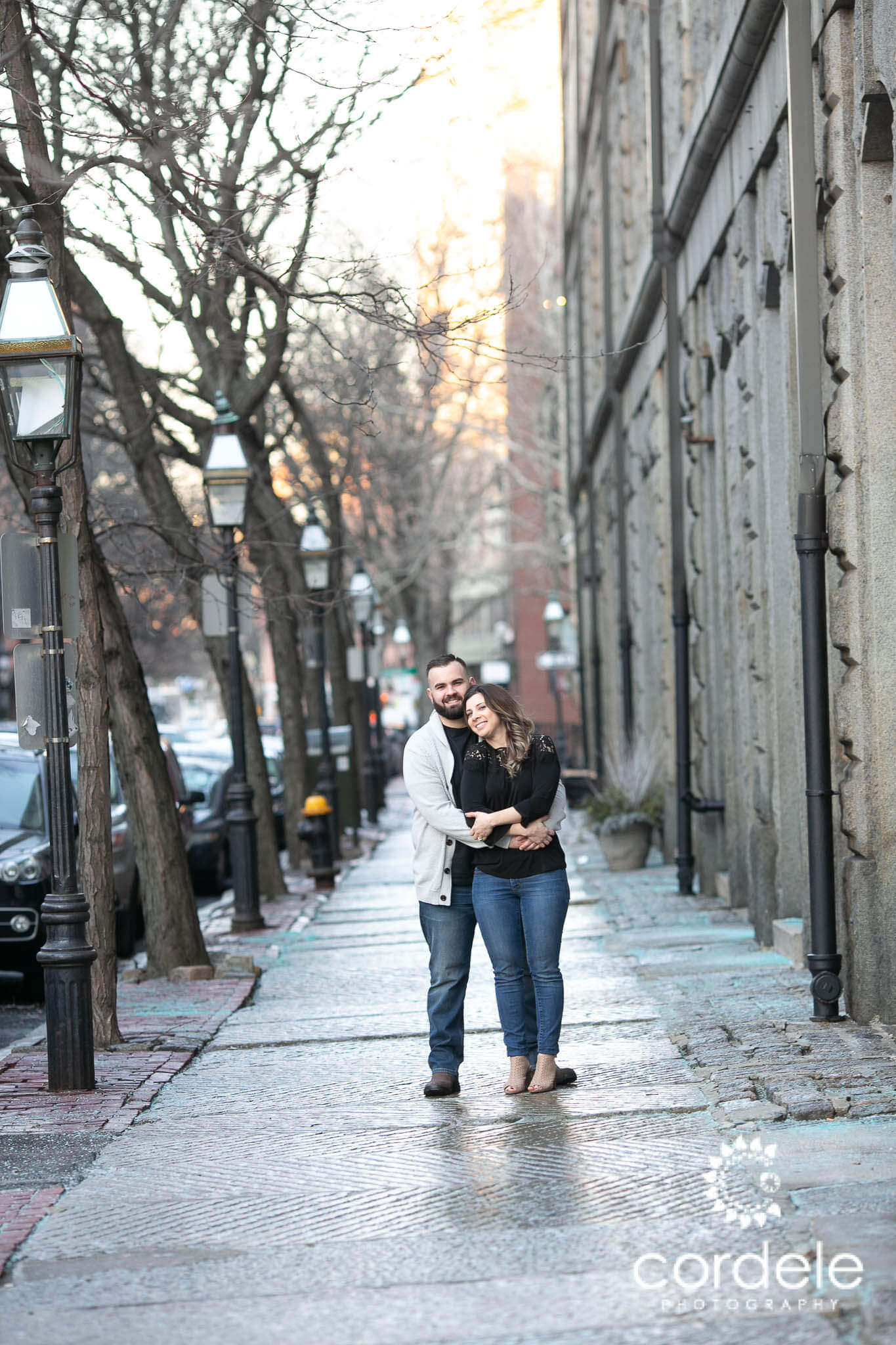